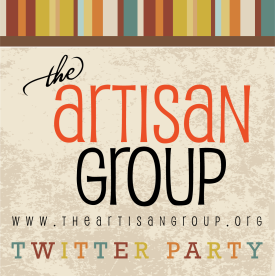 The 63rd Primetime Emmys are taking place on September 18, 2011, and we're kicking off Emmy season with three super fun Twitter Parties! Our first party takes place on May 11th, and if you follow along you could win some of the swag the celebrities will receive!

Follow #theartisangroup
Answer trivia questions about your favorite Primetime shows, actors, moments, what YOU think should be nominated for an Emmy this year (be sure to respond directly to @sweetstellas, @atutudes, or @ajsweetsoap)

Win prizes, drawn at random! Winners will be announced on Twitter, and reposted here on May 12th!

What are some of the prizes that you can win? Only some of the most lovely art from Artisan Group members, which is being crafted by their very hands to be gifted to celebrities at the Emmy's Gifting Suite!

An 8x10 print from ArtbyAfton

Set your clocks, program your Blackberries and iPhones! Join us on May 11th at 8pm EST to win some amazing handcrafted Emmy's swag!
Posted by 13BlackCatsDesigns at 12:14 PM